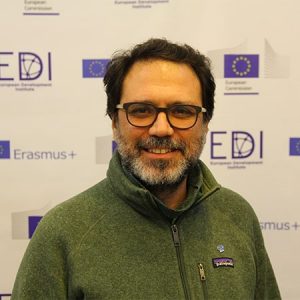 Uygar is a civil society activist, and an Ashoka Senior Fellow. He is the founder and instigator of Good4Trust.org, an online system for creating a prosumer economy for ecological and social sustainability. He is the board chair of the Prosumer Economy Association. He has a masters in Environmental Science from Ohio State University as a Fulbright Scholar, a PhD as a MacArthur Scholar in Conservation Biology, as well as in Development and Social Change at the University of Minnesota. He founded the Environmental Engineering Department at Erciyes University, where he was Asst. Professor and Chair of Environmental Science (2000-2004). He then joined the United Nations Development Program in New York as  Environmental Specialist (2004-2006). He served as the Executive Director of TEMA Foundation (2006-2008) and of Greenpeace Mediterranean (2008-2012). He founded Change.org in Turkey and was the Eastern Europe and West Asia Director (2012-2017). Uygar was also the founding chairman of Doğa Derneği (BirdLife Partner) in 2002, founding member of the Civil Society Development Center (STGM) and served for two terms on the Board of CIVICUS – World Alliance for Citizen Participation. He also currently serves as the Vice-Chair of ENIVA Foundation. He founded the first crowd-sourcing site in Turkey called KusBank.org in 2001. He is Adjunct Asst. Professor at Kadir Has University, Energy and Sustainable Development Program, with more than 100 scientific publications, countless popular articles, a book and has a daily radio program at Açık Radio.